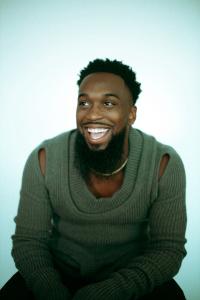 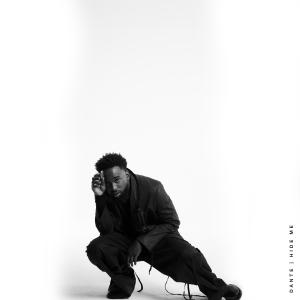 The decision to create a management outfit that truly gives artists the ability to shine was inspired by Maverick City Music, a Grammy-winning collective gospel group curated by Bowe, which he was unceremoniously removed him for ambiguous social media related reasons. After declining a tour offer from Maverick City Music, and Bowe elected to headline his own solo tour, Maverick City Music decided to share a statement via social media. The move effectively paused his career, which is why Bowe will use TRUE Music to debut his new album, “Press Play,” this year with a focus on taking his career and music to new heights and new audiences.

Known for his distinctively raspy, beautiful voice, Dante made history last year as the first artist to have the greatest number of simultaneous Grammy nominations in both Gospel and Christian Genres with 3 solo and 2 group award nominations. He also won his first Dove Award for “Joyful” and became the first artist to have his song chart on both Billboard’s Gospel Airplay and Christian Song Charts, bridging the gap between Gospel and CCM Formats.

Bowe’s first single, “Hide Me” is slated for release on Friday, January 13th, 2023 on all streaming platforms. It promises to be the first of a library of new music he’s been working on, and teases the cross-genre work he’s planning.

Dante Bowe, Co-Founder CEO of TRUE Music states, “This record was born out of prayer. That’s what it boils down to. God is at the center of it all. That’s what we want this album to feel like. I want this album to touch lives and bless people to the point where they can feel good again, have fun again, and feel a sense of freedom and peace. We have to hit the reset button sometimes. I felt free when I made this album. I felt like I could just try anything — without limitations on myself or Dante.

Field Harrison, Co-Founder of TRUE Music said, I’ve seen people who are the best at things, and it’s always amazing to witness. But watching Dante work on this last album, there was a moment I realized I was watching the most talented person I’ve ever seen work. When you combine his heart with his extraordinary faith and incredible talent, him being a superstar seems inevitable. He isn’t just making music, he’s starting genres- he already changed Christian music, and now he’s going mainstream. He’s creating a new global sound the world is going to love. He’s going to change the world.

Sabrina Harrison, Co-Founder of TRUE Music added, “Our team was able to capture the essence of freedom, joy, and hope through beats that were inspired by natural, communal conversation between friends. With a sound that cannot be defined by traditional genres, Dante’s latest release has exceeded expectations by allowing the listener to experience a “deeper Dante” through lyrical transparency and a new sense of liberated creative depth.

About Dante Bowe (https://dantebowe.com)
Dante Bowe is a GRAMMY Award Winning and multi-platinum-selling songwriter, performer, and recording artist. The chart-topping artist is known for his distinctive raspy vocals, Dante made history as the first artist to have the greatest number of simultaneous GRAMMY nominations in both Gospel & Christian genres with 3 solo and 2 group award nominations during the 64th GRAMMY Awards, and is nominated for 2 more in 2023. Dante is Co-Founder and Chief Executive Officer of TRUE Music, an independent music management company pioneering new approaches to the signing and development of recording artists and songwriters.

About TRUE Music (https://truemusiclabel.com)
TRUE Music is an independent music management company pioneering new approaches to the signing and development of recording artists and songwriters. It was co-founded by Dante Bowe, Field Harrison and Sabrina Harrison in 2023.

Police chase ends with surrender before car goes in flames