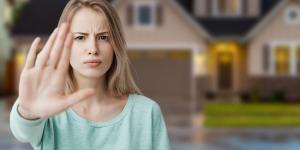 What are Domestic Violence Injunctions?

Domestic Violence: Domestic violence between “family or household members” which is defined as spouses, former spouses, persons related by blood or marriage, persons who are presently residing together as if a family, or who have resided together in the past as if a family, and persons who are parents of a child in common regardless of whether they have been married. With the exception of persons who have a child in common, the family or household members must be currently residing or have in the past resided together in the same single dwelling unit.

Repeat Violence: Repeated acts of violence or stalking need two independent instances, one of which must have occurred within the previous six months, directed at the Petitioner or the Petitioner’s family members.

Sexual Violence: Sexual battery, lascivious actions perpetrated on or in the presence of a person younger than 16, luring or tempting a child, sexual performance by a child, or any other forceful felony in which a sexual act is committed or attempted are all examples of sexual violence.

Dating Violence: Violence between individuals who have or have had a continuing and significant relationship of a romantic or intimate nature. The existence of such a relationship shall be determined based on the consideration of the following factors:

– A dating relationship must have existed within the past six months;

– The nature of the relationship must have been characterized by the expectation of affection or sexual involvement between the parties; and

– The term does not include violence in a casual acquaintanceship or violence between individuals who only have engaged in ordinary fraternization in a business or social context.

Stalking: The repeated following, harassment, or cyberstalking of one person by another is known as stalking.

How to file restraining orders in Florida?

Where can I find the forms for domestic violence?

Forms for petitioners and respondents are available through the Clerk of Court. The forms can also be found on the Self-Help Forms page of the Florida Supreme Court.

What happens after I file the petition for a restraining order?

The process begins as soon as a petition is filed for an injunction. The courthouse staff will assist in completing all required papers, which a judge will then review. If the judge determines that the sworn claims in the paperwork match the legal standards for an injunction under Florida law, they will issue a Temporary Injunction that will last for 15 days. Within 15 days, a hearing will be scheduled, and the Sheriff’s Office will seek to personally serve the injunction paperwork on the individual against whom the injunction is being sought.

The respondent may be ordered to have no contact with the petitioner, remain away from the petitioner’s home and workplace, vacate a shared house, grant temporary custody of young children, or surrender firearms under the Temporary Injunction. Before these safeguards take effect, the respondent must be served.

If the respondent has been served, the judge will decide whether to grant a Permanent Injunction after hearing from the parties and witnesses and considering any evidence provided during the court hearing. If the judge grants a Permanent Injunction, it will remain in effect until the judge changes or ends it at either party’s request, after notice and hearing, or until a certain date designated by the judge.

The respondent may be ordered to have no contact with the petitioner, to stay away from the petitioner’s home and employment, to award custody, visitation, child and spousal support, and to surrender firearms under the Permanent Injunction. The respondent may be ordered to attend a batterers’ intervention program, and victims and children may be referred to support organizations and counseling as part of the Permanent Injunction.

Do I have to pay any costs in order to obtain a restraining order?

No. Petitioners for restraining orders in Florida do not have to pay any filing fees.

What is the duration of an injunction?

The length of an injunction varies depending on the circumstances. Make sure to read and comprehend the injunction (temporary or final) order thoroughly. An extension can be requested for an injunction by submitting a motion for an extension before it expires.

What to do if the respondent fails to comply with the injunction order?

If the respondent fails to comply with the court order, report the violation to 911 and request immediate assistance. Also submit the Injunction Violation Affidavit at any courthouse location.

What is an injunction violation?

How can I get an injunction lifted or dismissed?

How can I change/modify the injunctive order’s custody, visitation, and/or child support provisions?

The appropriate motion must be filed if circumstances have changed since the injunction was received, and either party wants the judge to consider altering any of the injunction’s requirements, such as custody, visitation, and/or child support.

A notice of injunction and hearing was just served on me. What do I do now?

It is advisable to read and follow the terms of the injunction and get in touch with an attorney immediately. An opportunity will be provided to present evidence and defend against the injunction at the hearing date, which is contained in the order. It is advised to contact an attorney as soon as possible to give him or her sufficient time to help prepare for the hearing. Make sure to attend any court appearance stated in the injunction and order because if one does not appear, the court may enter a permanent injunction against you even if you are not there.

Get the Protections You Need with Legal Support