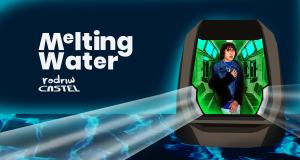 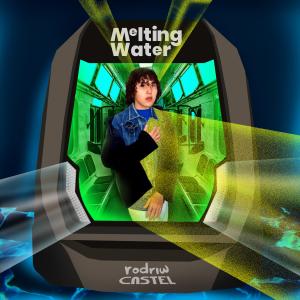 Melting Water is an Immersive recall to a submarine adventure.

NY, UNITED STATES, November 23, 2022 /EINPresswire.com/ — With an absorbing sense of space, Rodriw Castel’s new release Melting Water is ready to caught us out of threat. In each phrase, this young South-American artist echoes a tale about Passion & Tragedy throughout the Alternative Pop genre – Quoted as a ‘Immersive Adventure’ by The Now Time Rockstar.

Melting Water Debut is already a call of meaningful change – A Song inspired by Titanic’s (1997 film) love story and The Timeless Big Wave scene from Interestellar (2014 film) – Castel wraps this single by asking his surrondings with the variety questions of ‘Whatta?’

On its Immersiveness, Rodriw Castel invents a completely torrent atmosphere only chased by a Soft 808, Intense meaningful lyrics and his surrounded strings.

As a young South American artist, Rodriw Castel has chosen to himself English as a way to speak and sing. Born in São Paulo, Brazil, in 2002 – He got inspired as a juvenile by extraordinarily talented artists as well as Beyoncé, Janet Jackson, Björk, Etta James, and Michael. Beginning his career, he selected to express himself through Alternative Pop with his debut Melting Water.

Tapping into the unique characteristics of a diverse workforce